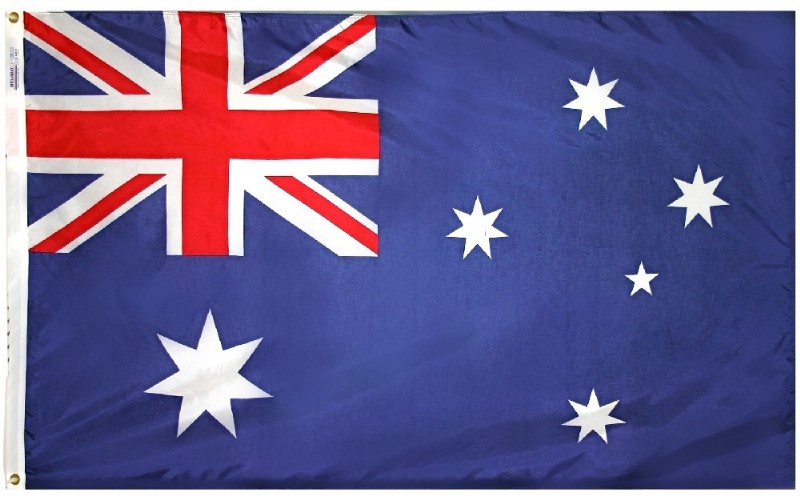 AUSTRALIA – A replication of the British Union Jack, depicting the nation’s first colonization, occupies the upper left quarter, while a large seven pointed star of federation rests just beneath it. The flag of Australia also sports a cluster of four seven pointed stars and a single five point star at her right - representing the Southern Cross Constellation, which can be seen from all Australian states and territories. The original red background appeared when the flag was adopted in 1901, but changed to today’s “Blue Ensign” in 1954 - the red being considered symbolic of Communism. All Annin Flagmakers flags are sewn in either South Boston, VA or Coshocton, OH. Annin’s superior quality is time-tested and meets the requirements of the most discerning buyer. Nyl-Glo, Tough-Tex and Bulldog are registered trademarks and manufactured exclusively by Annin Flagmakers.