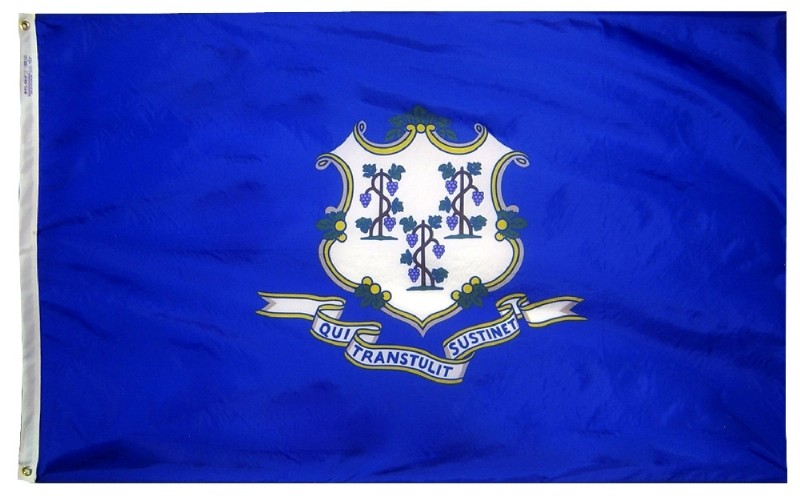 Made of all weather nylon material in the USA by Annin & Company, since 1847. Made with duck heading & reinforced grommets.
Made in the USA! This is an AUTHENTIC Annin Flagmakers flag. SINCE 1847- the OLDEST and LARGEST manufacturer of flags. Made in our factories in South Boston, VA or Coshocton, OH by one of our OVER 500 employees. Don’t accept an imitation!

The Connecticut Flag, which is among one of the most ancient Flags, was originally used during the Revolutionary War when Connecticut troops used this seal on their Flag. The Flag consisting of a blue field with the arms in the center was officially adopted in 1895 after pressure from the Daughters of the American Revolution. On June 3, 1897 it was regulated that the arms should be in color in the center of a field of azure blue. The Flag was originally supposed to be ,squarish, but further regulations in 1957 said the Flag had to have proportions of 2: 3. All Annin Flagmakers flags are sewn in either South Boston, VA or Coshocton, OH. Annin's superior quality is time-tested and meets the requirements of the most discerning buyer. Nyl-Glo, Tough-Tex and Bulldog are registered trademarks and manufactured exclusively by Annin Flagmakers.